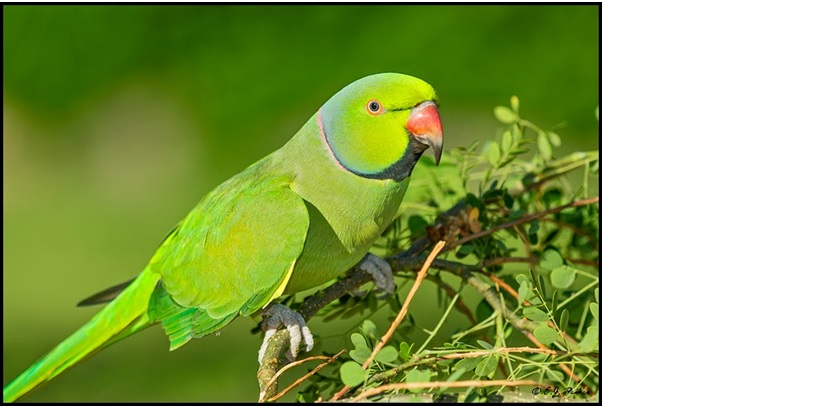 TO BE SAD WITH YOU IS FAR MORE SWEETER THAN BEING HAPPY ANYWHERE ELSE.

When the daughter breathed her first,

The mother breathed her last.

Her father, a neighbour of mine, was a mathematics teacher in a nearby school.

The girl was cute, lively and was rightly named Angeline, a beautiful name. Her father never married again. When ever cajoled for a remarriage, he would say ” If step-mother ill treats the little one, what explanation  shall I give when I meet her mother in the next world ? She has left her possession with me, I shall have to take care of her. That is all I know.

In her academics Angeline performed brilliantly and did equally well in extra curricular activities from day one.

We all loved and adored her. With passage of time, she became  part of my family staying with us, visiting her  father  to help him with household chores, whenever he needed.  Her father was happy seeing her happy.

Her soft and kind heart made her sensitive to other’s sufferings, more with  animals. She would bring home an injured dog one day, a blind cat the next day, a pigeon with broken wings on another day and get it treated by veterinary doctor and nurse them till they get cured.  The veterinary doctors,  hospital staff,  druggists, all of them seeing her commitment, shared her concern and helped her.  Our house became a rescue centre, a shelter and a hospital for animals and area became popular with her good deeds.

Down the years, with her consistent brilliant efforts, she came out with flying colours in the entrance exam to earn seat in a medical college in Mumbai.

Her father found a job in Mumbai and moved in to be near her.

Before leaving, she went to her science teacher, one evening, to take his blessings and say good bye . The teacher was reputed to be a highly knowledgeable person in teaching arena, a strict disciplinarian and a pious man. He welcomed Angeline in.

Inside the drawing room, the first thing that attracted her attention was a parrot inside a beautifully decorated cage hopping listlessly from one corner to another and along with it continuously muttering Ram, Ram ( God, God). The teacher with a sense of pride explained to her that, the parrot, Mitu,  is four years and has been taught to dance and repeat the divine  name , so that he ( the teacher)  and the bird would get mokhya ( salvation) after his death. The earlier ones died due to Ram’s ( God’s) curse as they did not learn to dance and utter Ram’s (God) name. His wings has been cut so that he can not escape even if he forgets to close the cage.

She was  reduced to tears.

How could a science teacher be so orthodox, superstitious,  ignorant and cruel that the listless hopping of a bird inside the cage appeared to him ‘dancing’ and chanting ‘Ram’ ‘Ram’ in delirium appear to him ‘devotional’ ?

What salvation  was he expecting, torturing an innocent bird?

She lost all the regards for that teacher that instant.

With lots of reasoning, persuasion and even threat she brought the parrot home.

We immediately opened the door of the cage , Mitu did not come out. We had to pull him out against his will. As soon as he was left free, to our surprise, he entered the cage again. Probably he was afraid of his life. With lot of persuasion, offered  him fruits and nuts,he came out. He tasted freedom, may be for the first time in his life.With  fear gone. he hopped around- finally settled on Angelina’s shoulder.

That was the beginning of a beautiful relationship, a relationship between a human being and a bird,  released from captivity, enjoying its freedom,  seeing the kind and humane face, realising that life was not all torture,  also enjoyable.

By next evening, Mitu was close to Angeline, either on her shoulder or on her bicycle basket. The sight became so popular that, in the locality she was nicknamed ” Parrot Girl.”

The pair became a celebrity, Angelina and her parrot Mitu.

Gradually, Mitu picked up strength and confidence  to fly — initially up to the ceiling fan, top of a cupboard, then  to the top of the mango tree across the road,  electric pole,  the tall deodar tree a little distant away. He would enjoy his freedom sitting there hours together. With  passing of each day, he became more and more adventurous and went missing for long periods, eventually, would return in the evening to enjoy the bicycle ride. However, one evening he did not return. When we thought he was gone, he returned the next evening to enjoy the cycle rides.  His vanishing acts became  frequent and his absence grew longer.

Before her departure, Angelina said good bye to each one of them including Mitu. Even though he did not exhibit any outward emotion he was certainly withdrawn, and appeared sad.

Angelina, left with her father, for the college.

Mitu remained withdrawn for several days, but recovered. Once he  disappeared for 3 months, we had given up, he surprised us when he returned , this time never to go again. His flight to the mango tree, electric pole and deodar tree and return for the bicycle ride became a routine.

What could be the reason for his decision to return ?

Is it love over freedom ?

Angeline came home for a week long x-mass holidays. The pets were happy . The one legged raven ( leg cut by a sharp kite thread ) started crawling, the little Budha like old cat’s purr became incessant, the blind little black spinz followed her wherever she went and shared her bed along with Mitu, the broken beaked pond heron started snatching fish from her hand, the old rabbit ran around, the ailing bitch gave birth to four cute little black pups.  Home became lively.

He went crazy in Angeline’s presence, hopping around, showing  her his fruit basket the container with nuts , the bedside table where he slept at night. He would fly to that branch of the mango tree to show her where he used to sit hours together remembering her,  the electric pole to show her where he used to wait for her  return, the deodar tree in the park and fly round and round to show her how he looked in all directions wondering where she had gone. He would hop to the old rabbit and peak its face lightly to show her that the rabbit was his best friend, jump on to her bicycle basket to tell her how much he loved roaming with her, sit on her shoulder and touch her face all over with his beak, very softly, to show his love for her.

Then came the day of her departure. The train was at 5.30 am. She got up at 3.30 am. With Mitu on her shoulder, went to each animal and bird, patted them and said good-bye and got ready to leave for the station. Mitu sensed it all. He looked withdrawn, dejected, nonchalant. He went into depression. That broke our heart. With lot of promises to return soon, she took leave of him. Mitu did not protest. He looked vacantly towards her,  sat on that bed  with  a faint murmur ” Ram Ram,”  while, Angeline with tears in her eyes,  patting him, kissing him again and again  said in a choked voice ,”honestly Mitu, to be sad with you is far more sweeter than being happy anywhere else. But I will have to go. I will be back soon. Till then, good bye.”

We did not say a word during our ride to the station – our hearts filled with parting sorrows . She touched my feet and boarded the train. We did not look at each other to hide our tears, avoiding a good bye wave, as the train moved.

I rushed back and when I reached home, there was no barking , no yelping , no squeak, no croak, only silence.

In  the bedroom, I saw  Mitu on the bed, exactly where we had left him, wanted to console, assure him that Angelina would come back, happy times would be back again.  I lifted Mitu to kiss him — his body was cold and hard.

I was broken, I called Angeline on her phone. She got off the train at the next station and rushed back home.

We bathed Mitu with our tears, dressed him with love and affection , prayed and buried him in the court yard and his love  deep inside our heart.

Mitu was a parrot, his love was a complete surrender to his beloved, belonging to another species. He preferred death to separation .All the love pales away before Mitu’s love.

He showed his preference,

He was not an incarnation of love, rather, he was love itself, – love in all its glory, with all its manifestation, with all its sacrifice, with all its desire to embrace one and all, the whole universe leaving none that has a life.

That evening we planted a guava sapling on his burial site.

When animals love us unconditionally, surrender to us completely, trust us with their life, why do we torture them?

Angelia is now senior specialist in a  Hospital in Mumbai.  She spends all her earnings and free time in caring, stray/ abandoned helpless animals.  ”Mitu has taught me what love is. I am only spreading his lesson in my own way”, she says

Her father is gone. Died peacefully in sleep.

She no more calls me, mousa ( uncle). She calls me nana ( father) . I am searching a suitable match for Angeline, a person who loves and is sensitive towards animals.

We have planted guava saplings on each of their graves.

The guava trees give fruits twice a year. Twice a year birds of different nature,  shape sizes , colours and beaks, parrots, mynans, loris, bats, flock on the trees,- fill the atmosphere with their constant chirping, enjoy the shade, peck the ripe guavas , eat less, destroy more, hopping around, flying from one branch to another, competing, with squirrels, happy, jubilant, full of life — oblivious of the fact that one of their tree of enjoyment was a parrot  that scarified freedom to love, preferred death to separation.

Angeline and millions of others across the globe who are passionately striving to make our earth a better place to live in for all – innocents and mutes included.

The writer will extend his cooperation if some kind hearted person proposes to make a cartoon movie on this story for children.