For me the superstars in Malayalam films are people like Innocent, Jagathy SreeKumar, Pappu and whole lot of list of them. When I recall some movies, it is these side actors with their performance in the comedy scenes that roll out of my memory.
I hope Mohan Lal and Mammooty fans do not lynch me for saying so

This is an article “Arayalenda” by Innocent, a Super star of Malayalam movies (shittingly called Mollywood like Bollywood, not the actor, the industry) that apppeared in today’s Mathrubhumi paper in Malayalam. I have translated with 50% effectiveness without taking permission of the concerned. Hope they don’t sue me, I will not be able to say, I am innocent.

The shooting was in Kakanad, Ernakulam. It’s outdoor. Shaji , my friend and production manager, told me to go into the compound, a house with a lovely garden, for the makeup

I hesitated, looked at the nameboard which said K.K. Khader and asked Shaji, has he taken permission from them.

He said ” Yes, I have taken, but then who do not know you, so many Malayalis are dreaming of you landing up at their place”.

I felt very happy and I knew that is the truth.I am no ordinary guy, a celebrity, you see.

I walked into the compound, there was a chair waiting for me, under the mango tree.
The makeup man was setting up the kit, when I could get a nice smell of something cooking in the kitchen.

A lady came out of the house, looked at me and I waved. She came near me and asked, can she bring something to drink. I gave her a polite no and she went inside the house.

When the makeup was about to begin, the door opened and a man came out and asked Shaji, “who gave you, permission to enter the compound” 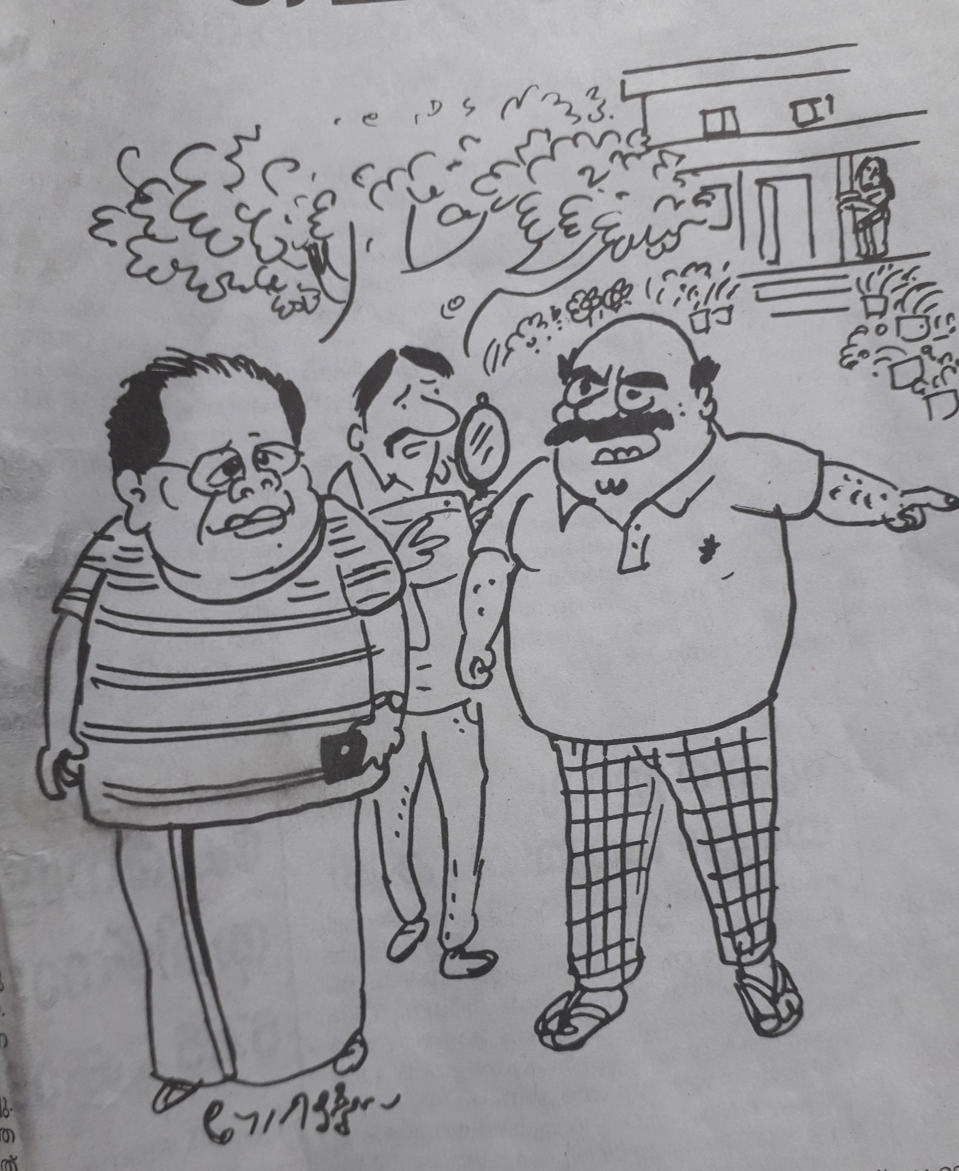 A bit shaken Shaji, told him, that he asked the lady. And then, he is our famous actor and MP from chalakudy, Innocent. “I don’t care who it is, I am the owner of the house, did you ask me ?”.
I quietly walked out, on the way gave Shaji a look, put the chair outside the compound and sat down.
Next to the compound I heard a conversation from a room.
The lady’s voice ” What have you done, he is our Innocent, how many times we have seen “Ramji Rao speaking” and laughed, he is also an M.P., what did you do”
He asked ” Who ever he may be, I dont care, are you more obliged to him?”
“Whoever he maybe”, those words were like a sword on my neck.

Right from childhood, I wanted to be famous. I failed in 8th standard. Acted in plays, produced movies, became municipal chairman, basket ball coach, an actor, winner of many awards, president of Malayalam film actors association (“AMMA”), a recovered cancer patient and finally a member of parliament, M.P. All these increased my popularity.

The status I enjoyed as MP, the salutes from the police has been more fullfilling.
I have sat in front of the prime minister with my chest thrusted forward. ISRO chairman, Mr Radhakrishan and I were classmates. Mammooty, Mohan Lal, Priyadarshan, Sathyan Anthikad (film personalities), Shashi Tharoor, Pinarayi Vijayan, Achuthanandan, Ramesh Chennithala, Umman Chandi, A.K.Anthony, Virendra Kumar (Politicians) and many others know me.
The cancer brought all the famous people to my house. My book, laughter in the Cancer ward, sold 60,000 copies in Malayalam, got translated into English, Tamil, Kannada, Italian and about such a person K.K.Khader asked “Whoever he is ?”.

I had a matchbox business at Dawangare in Karnataka, bought slippers from Mumbai and sold it in Kerala and was ridiculed many times. It did not affect me anyway.
God tried to message me a truth by flopping my business, my movies, situation where I had to pawn the last bangle of my wife Alice and the Cancer. I used them as stepping stones to popularity.

It’s Khader who taught me the truth, I may be somebody at many places, I am no body at other places.

At the shot ready, when the director and Cameraman were explaining the scene, my thoughts were, I hope Khader and his wife have stopped fighting over me and prayed for their peaceful life. I noticed, until the evening, when the shooting was over, the front door of the house remained close.
Popularity is a bubble that can burst in no time.

8 thoughts on “I am Innocent”